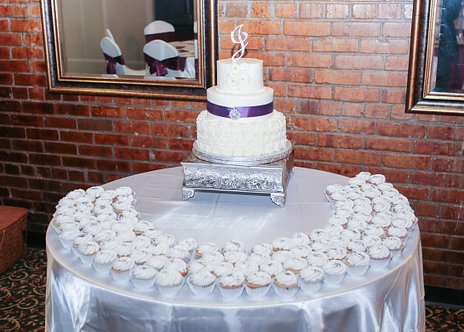 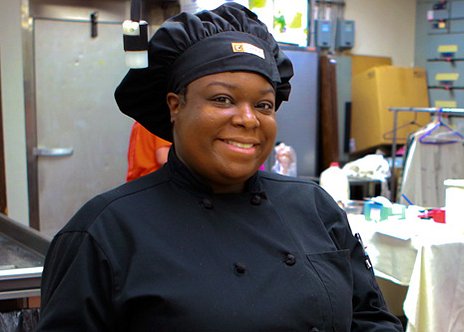 We offer cakes in custom shapes, sizes and flavors for weddings and other special ocassions.  We can decorate with butter cream for simple designs and fondant for more artistic creations. We can make gluten-free, sugar-free, vegan and dairy free custom cakes.

With over 10 years baking experience, and a diverse repertoire of pastries, Karis is now living her dream of having her own cake and pastry shop, along with her husband John.  She also teaches Wilton method cake decorating classes.

On your special day, often the cake is the centerpiece of the food, which is why use fresh ingredients for our scratch-made cakes, butter cream icings and pastries. Oh what a difference freshly baked cakes and desserts make!  Whether you're having an intimate dinner with familay and friends or a corporate retirement or holiday celebration, you want to have good food! And if you must know, we'll tell you our secret ingredient…is love! Now Shhhh, keep that to yourself. (smile)

After almost 10 years in banking and customer service, the daily stress of banking seemed like a very stressful dead end. So Karis began baking and doing crafts as a way to relieve stress and as a charity to her local church. That was in 2006. Since then she's developed recipes for dozens of cakes and cupcakes. She also has several sugar free and gluten free recipes. She is a certified Wilton Cake Decorating Instructor.

She completely left the banking industry in 2012 to pursue a pastry arts degree at The Chef's Academy in Morrisville, NC, and everything changed! While she was in school, she met her husband John, and convinced him to go to culinary school. She also won Third Place in the 2013 Novelty Cake division in the North Carolina chapter of the American Culinary Federation Competition. Some of her clients include Duke University, rapper/philanthropist MC Lyte, comedian and actress Rain Pryor, Bern Nadette Stanis and Ralph Carter (Thelma and Michael from “Good Times”) and Independent music artist Eric Roberson. Mrs. Riddick also has a certificate in event planning from Wake Technical Community College. In the future she wants to develop a children’s cooking show and distribute some of her delicious cakes nationally.